About this time last year, I made the center block of this quilt. I designed it for the Partners in Design QAL by the Sea. You can read all about it here. Gail, from Quilting Gail hosted this round robin last year and again this year. I thought about it last year, but didn’t do. This year, I felt like I had a block that would be good for this, so I joined in. The basic approach is that each week there were options given for the next “round” – which could be one block or a border of blocks or where your imagination took you.

The first rounds was determined by Chris from Chris Knits and Sews and was Piano Keys. I had two considerations as I made this quilt. 1) I didn’t have a lot of the fabrics from the original block and 2) I didn’t want the quilt to get to big. In light of those restrictions, my decision was to leave the corners for the next round.

The next option was determined by Emily, who blogs at The Darling Dogwood, and was Plus Signs. Well, I decided to do a narrow one and put it on point as I felt as though they could be a bit overwhelming on this quilt.

Next up was Anja, who blogs at  Anja Quilts, and she chose Flying Geese. I tried a few different layouts, but came up with this. You will see that for some reason, I miscalculated and needed to add a square in the center of the border to make it work.

The next round was #4, Roseanne and Sue of Home Sewn By Us was in charge and selected the Checkerboard. I did not want this all around, so once again, I chose the corner squares as a place for this round. However, I made these checkerboards a bit narrower than I planned, but in the end, I was really pleased with the way they looked.

Week #5 was Wendy who blogs at  Pieceful Thoughts of My Quilting Life  and she selected Wonky Stars. I had fun doing them, but did paper piece the wonkiness because that’s the way I roll.

Then Log Cabins were selected for Week #6, by  Susan of  Quilt Fabrication. I decided I only wanted a little, so I did what I think of as sunny blocks in the corner. The last week, Gail selected Pinwheels, but I was done, so I skipped those. Then my next decision was how to quilt the darn thing.

First, I selected this design for the borders, and needed to fit it to the very strange area. That was the first I had done that in awhile, but I was pleased with the way it looked. I wanted the look of wind or waves and this design did a great job portraying that. Second, I decided I would just go ahead and use the wool batting, Hobb’s Tuscanny Wool, that I had on hand. It would make it a little loftier and I will wash this, as it does not have a destination and I can see what happens. It won’t happen until after Easter, but it will happen then.

A number of blocks required their own treatment, so here is a gallery of photos to show them. There is also a sun design in the corners, called “setting sun”, as well as one called “four corners” in the checkboard/flying geese corner blocks.

The Corner to Center was also used in the Mariner’s Compass in the center. I used the Prostitcher’s ability to mark and record to do the outlining of the block. This would up being custom quilted by me on the HandiQuilter Simply Sixteen and I am pretty darn pleased with the result. I have a little ways to go on my accuracy, but the only way to get there is to do it. I took a deep breath, dove into the quilting, and survived! I used a neutral grey on the top (Superior So Fine #. and a Decobob Grey on the bottom.

Finally, I felt the flying geese needed a little more quilting, and so out came the rulers to do the curvy lines. I didn’t want to stipple or do any background quilting, so I like that there are a few areas where the quilting is not as dense as it is in other parts of the quilt. There are imperfections, but I think again, that in the wash, many will disappear.

Its comical but true…put a quilt or its bits on the floor and someone has to get into the act! I loved this blue batik that I found. I don’t know what brand it is but I am calling the color Caribbean ocean blue, as it reminds me of the color of the water near Bermuda. I name the quilt “Dear Compass: Take Me Away!”

I hope you enjoyed my tour through the making and quilting of “Mariner’s Compass” and realize that it is a good way to finish an orphan block. The nice thing about a stay at home round robin is you are in charge of what happens to your quilt.

I love hearing from you and reply promptly to each comment by email. I will publish replies if there is something that is helpful to the readers of my blog. Cancel reply

This site uses Akismet to reduce spam. Learn how your comment data is processed. 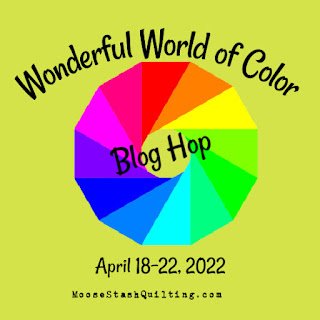 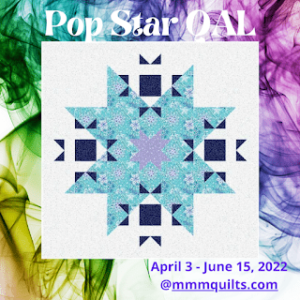 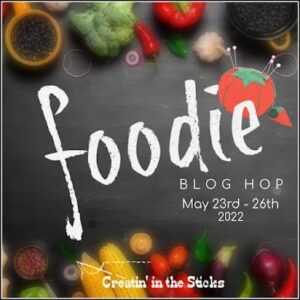